Hans Tutschku began to study music at an early age. In 1982 he joined the Ensemble für Intuitive Musik Weimar, playing synthesizer and live electronics. He studied electroacoustic composition at the Hochschule für Musik in Dresden (Germany), and accompanied Karlheinz Stockhausen on several concert tours in 1989-91 for the purpose of studying sound diffusion.

In 1989 he co-founded with Michael von Hintzenstern the Klang Projekte Weimar, a presenter of contemporary music, which presents an annual festival as well as a concert series.

In 1991-92 he took part in the international year-long course at the Institute of Sonology (The Hague, The Netherlands). In 1994 he followed the annual composition and computer music course at IRCAM (Paris, France). In 1995-96, he taught electroacoustic composition at the Franz Liszt Academy in Weimar (Germany) where he also set up the studio. In 1996, he attended the Royaumont Composition Workshop with Brian Ferneyhough and Klaus Huber (France).

He taught at IRCAM (Paris, France) from 1997 to 2001, and at the Conservatoire de Montbéliard (France) from 2001 to 2004. In May 2003 he completed a PhD in composition at the University of Birmingham (England, UK) with Jonty Harrison. Since September 2004 he has been working as professor of composition and director of the electroacoustic studios at Harvard University (Cambridge, MA, USA).

With the Ensemble für Intuitive Musik Weimar he has realized several multimedia productions with projected images, choreography as well as the music that were presented in numerous concerts in Europe, Latin America and Asia.

He has composed instrumental works, acousmatic works, mixed works (for instrument and electronics), and music for theatre, film, and ballet (including several collaborations with the German choreographer Joachim Schlömer). 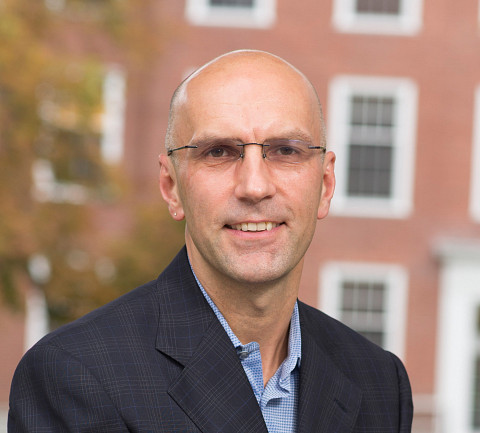