Kristoff K.Roll is a sound art duo born in Paris (France) in 1990 as part of the turntable septet Arènes du vinyle. These two noise musicians — Carole Rieussec and J-Kristoff Camps — are building “a sonic maze with multiple entrances.”

Together he/she move from acousmatics to electroacoustic improvisation and sound theatre, also delving in radio art, sound installation, text composition, and performance. Their approach is articulated around speech, space, and objects.

In the ’90s, he/she were major players in the advent of the electroacoustic composition studio live on-stage. The studio and its own logic, kept hidden from the public until then, became instruments of live improvised music-making. A current of creative effervescence rose from this move to the stage.

He/she experiment with sound diffusion outside the concert setting, from intimate listening to distracted listening, from headphones to talking wall, from minimal diffusion to gigantic sonic projection.

He/she have given multiple concerts in France and aboard. He/she play with a wide range of international artists, including musicians, dancers, poets, puppeteers, circus artists, and filmmakers.

Carole Rieussec and J-Kristoff Camps also develop individual approaches that crisscross and resonate with their work as Kristoff K.Roll. 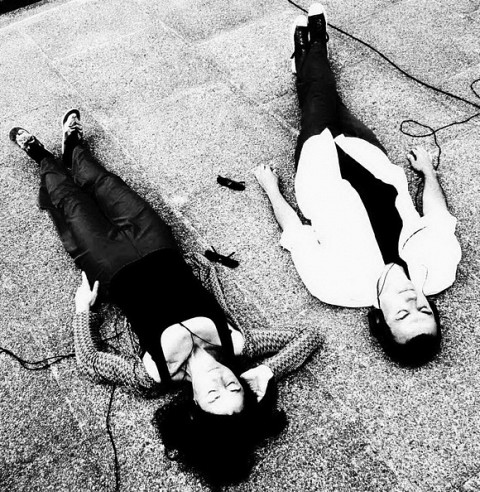