Chantal Dumas’s works are out there! They have been performed in concert in Arles, Berlin, Brussels, Crest, Langwarrin, Marseille, Montréal, Toronto and Victoriaville…

Upon her arrival in Montréal in 1984, she embraced radio through community stations and developed a keen interest for new music, electroacoustic art, improvised music, and world music. Out of these experiences, she would develop an approach of sound that expressed itself in compositions, radio art, sound narratives, sound installations, and sound design.

The microphone is one of her most beloved tools, and she sees listening as a way to embrace the world. Dumas is fond of field recordings; she collects the sounds of her environment to use them as raw material in her productions. “Getting out of the studio allows one to meet the world, but also to risk being confronted by unpredictability and fragility.” Fond of the uniqueness of the voice, she writes narratives where voice and sounds intertwine.

In her productions, Dumas approaches various themes, some of them more often: time, space, territory, the elsewhere, listening. Cartography inserts itself naturally as a subtext in her compositions, acting as a structural element (for instance: the Mid-Atlantic Ridge in the title Dorsale médio-atlantique, a movement of Oscillations planétaires (2017-18, 19), or 86400 Seconds — Time Zones (2015)) or as a framework for improvisation (40° Nord — 73° West (2012)).

Her work can encompass a participatory dimension that takes the shape of an immersive experience set inside a device or an active participation in the creative process, depending on the work. To stage, to put into play, and to make one experience are strategies aimed at making audio creation an art of sensory contacts.

Dumas’s work has drawn the interest of several foreign radios, with broadcasts on ABC (Australia), BBC (United Kingdom), Deutschlandfunk Kultur (Germany), ORF Kunstradio (Austria), Sveriges Radio P2 (Sweden), and Société Radio-Canada, among others. Her works have also been programmed by several festivals. You may have heard her work as part of the exhibit C’est arrivé près de chez vous (2009) at the Musée national des beaux-arts de Québec (MNBAQ); experienced her installations and compositions at the Festival international de musique actuelle de Victoriaville (FIMAV); or heard her interventions in a Montréal subway car as part of artist Rose-Marie E Goulet’s Ligne de fuite (2007); at Maison fontaine (L’or bleu, 2014) presented by the Goethe-Institut Montréal in the Quarter des spectacles (Montréal, Québec); or as part of the concert series Experimental Intermedia (2011) and Harvestworks (2012) in New York City (USA).

She has received grants from the Conseil des arts et des lettres du Québec (CALQ) and the Canada Council for the Arts (CCA), and was invited for residencies at the Studio du Québec in New York City (USA, 2011) and Les Récollets in Paris (France, 2016). She presided the jury of the Concours international Phonurgia Nova (2016, 17). In 2017, she was the keynote speaker at the Toronto International Electroacoustic Symposium (TIES).

In the fall of 2019, the Québec-based audio and electronic artists centre Avatar will launch a major bilingual book that retraces Chantal Dumas’s creative career. To tie in with this publication, fifteen works culled from her repertoire will be made available for free streaming. 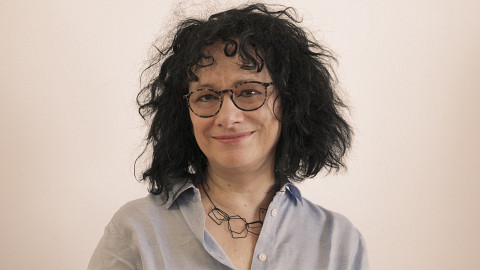