A leading light of Québec’s new music scene, composer and multi-instrumentalist Jean Derome has been regularly performing throughout Canada, the United States of America and Europe and has appeared on more than a hundred records since 1978.

Jean Derome has won several distinctions in recognition of his creative spirit, both in Québec and abroad, including the Freddie Stone Award (1992) for his work in the field of creative music in Canada, the prestigious Bourse de carrière (Career Grant) from the Conseil des arts et des lettres du Québec in 2012, as well as three Prix Opus awarded by the Conseil québécois de la musique: International Achievement in 2001; Musique Actuelle Record of the Year (Chamber Music category) in 2016; Event of the Year (for the Année Jean Derome 15-16) in 2017.

The reed and wind instruments player — who co-founded the label Ambiances Magnétiques — celebrated his 45-year long career in 2015 with the Année Jean Derome (AJD), a series of 18 concerts performed throughout Québec from May 2015 to June 2016 that focused on his various activities as musician, improviser, composer and archivist. Richard Jutras feature-length documentary Derome ou les turbulences musicales was launched in 2015 as part of the event. 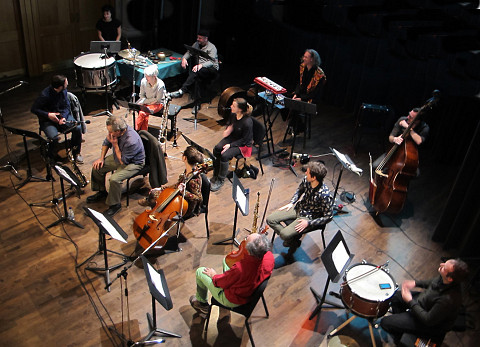