Michèle Bokanowski’s works are out there! They have been performed in concert in Anderlecht, Bourges, Brussels, Crest, Geneva, Issy-les-Moulineaux, Le Havre, Marseille, Mons, Paris and Tokyo…

Coming from a family of musicians (professionals on her mother’s side, amateurs on her father’s side), she read, at the age of 22, À la recherche d’une musique concrète (In Search of a Concrete Music) by Pierre Schaeffer and decided to study composition. After a classical education in harmony, she met Michel Puig, a student of René Leibowitz, who taught her composition and analysis according to Schönbergian Principles. In September 1970, she began a two-year course at the Research Department of the ORTF under the direction of Pierre Schaeffer. At the same time, she participated in a sound synthesis research group, studied computer music at the Faculté de Vincennes as well as electronic music with Éliane Radigue. Between 1972 and ’84, she composed essentially for the concert — Pour un pianiste, Trois chambres d’inquiétude, Tabou — and for film — music for the short films by Patrick Bokanowski as well as for his feature film L’Ange. Since 1985, she has composed for television, for theatre — with Catherine Dasté — and for dance, with choreographers Hideyuki Yano, Marceline Lartigue, Bernardo Montet, and Isabelle Kürzi. 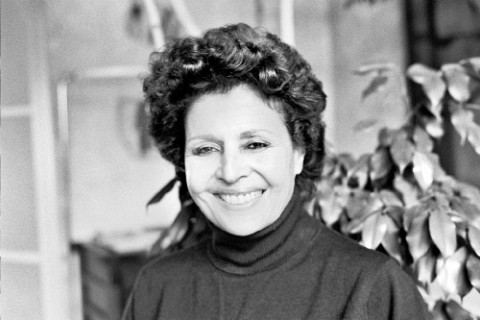