Patrick Ascione’s works are out there! They have been performed in concert in Aix-en-Provence, Arras, Birmingham, Bourges, Brussels, Cherbourg-Octeville, Crest, Lyon, Marseille, Millery, Montréal, Paris and Tournai…

Born in Paris (France) in 1953, Patrick Ascione completed classical music studies before training at the Groupe de musique expérimentale de Bourges (GMEB, France) in 1977-79 — the centre that would become the Institut international de musique électroacoustique (IMEB) in 1995. He enrolled in the first session on computer music given by the Institut de recherche et coordination acoustique/musique (IRCAM, Paris, France), where he discovered computer-assisted composition.

From 1980 to ’84, Patrick Ascione worked at GMEB as a facilitator while honing his electroacoustic techniques and composing. In 2003 he created an electroacoustic course at École de musique in Cherbourg (France), which he taught until 2008. He then taught at the Conservatoire de musique et de danse in La Rochelle (France).

He quickly understood, as early as 1978, how electroacoustic music offered a physical dimension of sound and was a form of art where ones applies sounds on a medium, as a painter applies colours on canvas. So he started composing pieces with colourful titles like Métamorphose d’un jaune citron and Bleus et formes. Then, he started working on concepts of “spatial polyphony” and space writing as an extension of stereophonic composition, the mode of composition in use in the studios at the time. In 1987-89 he composed Espaces-paradoxes, the first piece in 16 real tracks, integrating the parameters of spatialization and playback (“demixing”) to his writing process. Followed the works Chants sphériques, Couleurs d’espaces, Holophonie ou la baleine rouge, Danse de l’aube, Barcarolle pour studio et bande, Enième…

Most of those works were commissioned by major centres (Ina-GRM, CIRM, Musiques & Recherches…) and the French State (Music Office). They have won several international awards.

“The most important thing is not only that the medium we use (computer, magnetic tape…) serves as the faithful memory, the exact transcription of the composer’s will, but that the very nature of this medium allows us to present a whole universe of new senses and as-yet-unperceived perceptible phenomena that would be absolutely impossible for us to imagine and translate into any form whatsoever… That is what makes acousmatic music truly groundbreaking compared to scored instrumental compositions.” 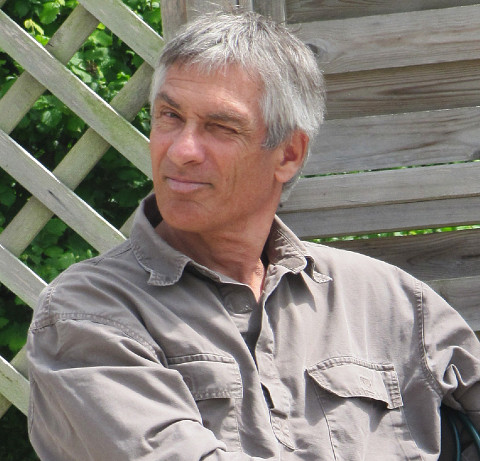